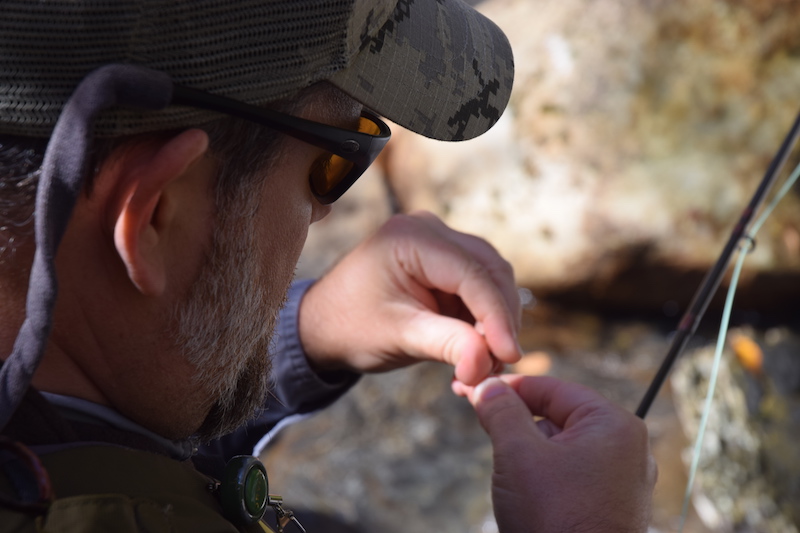 Probably 20 years ago, I was fishing the Clinch River with a buddy during the sulfur hatch. I won’t get into what has happened to that hatch, but back then, it was epic. Sulfurs would come off by the thousands for 4-6 hours a day for about 3 months. We would drive down from Kentucky to fish it and on most trips, we would both steadily catch fish, many topping 20”.

On this particular trip, the bugs were coming off as good as they ever had, the water was boiling with rises, but we were both getting blanked! We were both going through every type of sulfur dry, emerger, and nymph in the box, all with the same result. Frustration got the best of both of us and we headed to the bank for a smoke, a bad habit we both enjoyed back then. While staring at the river and scratching our heads, it hit us both at the same time as we simultaneously exclaimed, “They’re eating caddis!”

Caddisflies tend to emerge quickly and almost explode off the water. When a trout feeds on one, it will frequently chase it to the top to eat it before it gets away. Sometimes the momentum will cause the fish to come completely out of the water, but at the least, results in a very distinct, splashy rise – not like the delicate sipping rise to a mayfly. Once we stepped away from the river and watched, we both noticed it.

We went back to the water and began looking more closely. Sure enough, there were caddis hatching, too. There was probably one caddis hatching for every 100 sulfurs, but for whatever reason, the trout were keyed in on the caddis. It’s what is referred to as a “masking hatch.” We both switched to the appropriate caddis pattern and were immediately into fish!

That’s not the only time something like that has happened, and each occurrence has trained me to always pay attention and sometimes try to look past the obvious. Here are a few things I’ve learned along the way that may help you solve a hatch riddle sometime.

First, we have to address the basics. If you see fish rising and have a pretty good idea what they’re eating but you’re fly is being ignored, check to see that your fly is the same size as the naturals. Also be certain that your tippet is not too large and that you’re getting a good drift. Presentation is most often the culprit when your fly is being ignored. Next, make certain that the color is a close match to the natural. If you’re fishing a bushy pattern, you might try a more subtle pattern like a Comparadun. If that’s not working, try an emerger fished just under the surface or in the film.

Still not catching them? Take a break and watch the water. You may be able to tell something from the rise rings as I described above. If you don’t learn anything from that, try to find a fish that is rising steadily and watch him. He’s probably feeding in rhythm, like every 10 seconds. Watch his spot and try to time his rises. When you have that down pretty close, try to see what he eats. You should be able to tell if it’s the same kind of bug you’re seeing in the air, or at the very least, whether he’s eating something on or just below the surface. It’s almost like detective work. You sometimes have to go through the process of eliminating suspects before you can zero in on your man! 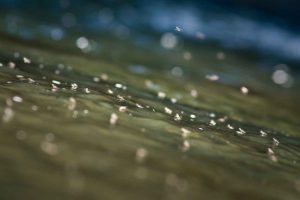 If fish are actively rising but you don’t see any bugs in the air, check the water. Try to position yourself at the bottom of a feeding lane (downstream of where the fish are feeding) and watch the surface of the water (and just beneath) for drifting bugs. Holding a fine mesh net in the current is a great way to collect what’s coming down the channel, but if you don’t have one, your eyeballs will do just fine. If you see some insects, capture one and try to match it with a fly pattern.

Hatches are puzzles and that’s one of the things that makes them fun. Sometimes you solve it right away, sometimes it takes awhile. Just remember that while the fly pattern is a big part of the equation, it’s not the only one. As mentioned above, presentation is huge. In addition to your technique, a smaller tippet and/or a longer overall leader may be the solution. Also consider your approach.

While I typically like to cast upstream to fish so that I can stay behind them, they will sometimes shy away from your fly in slow runs if they see your line or leader. I will sometimes try to get above fish in slow runs and cast down to them so they are sure to see the fly first. You have to land your cast short of them with slack in the line, and feed slack to enable the fly to naturally drift to them. This is a challenging presentation and it is critical that you carefully position yourself out of the trout’s line of vision.
Again, it’s a puzzle and there’s not one universal solution to every challenge.

Pay attention to your technique and everything what you’re doing (or not doing). Most important, pay attention to the fish. They’ll usually tell you what to do!