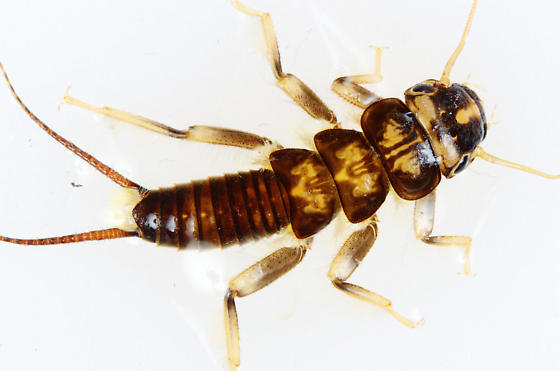 When many people think of fishing with flies, images of more familiar insects such as houseflies and mosquitoes are typically conjured. While some of these familiar terrestrial insects like ants, beetles, and hoppers are a source of food for trout, especially in the summer, it is aquatic insects that are most abundant to fish throughout the year and what most artificial flies are intended to resemble.

There are a number of aquatic insects in streams and rivers with mayflies, caddisflies, stoneflies, and midges being the most common. They are defined as aquatic because most of their life is spent in various stages in or on the water. The four groups listed above vary respectively in their life cycles, but are similar in that they begin in one form under the water, emerge and transform to another stage, and ultimately return to the water to lay eggs and start the process again. Let’s use a mayfly as an example.

The mayfly hatch that you hear about is technically the second time they hatch. A mayfly will first hatch underwater from a tiny egg into a nymph. The nymph is the juvenile stage of a mayfly’s life and it takes place entirely underwater. As a nymph, the mayfly has a very flat, streamline profile and typically lives beneath rocks on the stream bottom where it feeds on algae and such.

A typical mayfly nymph will live for about a year in this stage until it reaches maturity. At that time, the nymph will emerge to the surface of the water, a shuck splits open, and an adult mayfly (often called a dun) crawls out. The adult will be on the surface anywhere from seconds to minutes while it dries its newly formed wings before flying off to nearby vegetation.

With no mouthparts in this stage, the adult will usually not live for much more than a day so its sole purpose is to mate. After this occurs, the females will return to the water to lay their eggs until they finally lay spent on the water. So a mayfly’s only role in nature seems to be to feed trout.

But it’s not just trout that eat aquatic insects.  Birds probably get the lion’s share and most aquatic insects are naturally camouflaged with this in mind.  Understanding this can give you a leg up when it comes to fly selection, even when you don’t know what’s hatching.

In the very early and very late seasons when there is no foliage on stream side trees, aquatic insects need to blend in with the actual branches.  Consequently, most everything that hatches during that timeframe will be dark in color (Gray, black, etc.).  In the late spring and summer when foliage is full and vegetation is thick, most everything that hatches will be lighter in color (yellows, greens, etc.).  And in the fall – you guessed it – most of the bugs that hatch will be drab, rusty colors.